Across the many various contributions by speakers, one caught my particular attention, by Dr. Leon Bekker. The title was “Food control in a fast changing Africa – a perspective on the future“.

He said like South-Africa should be prepared that in future, also meat from rodents would be imported to the courtly, from Southern Asia for example. And he showed photos how pink color meat from rats or other rodents was nicely packed in plastic ready for sale in the store.

The people sitting around and behind me in the conference hall, mostly local and black South African doctors and professionals, most of them women, responded with a murmur in disgust – when they saw the photos of freshly packed rodent pink meat.

I must admit me too found it not very encouraging, this kind of future dietary in South Africa, imported from South Asia. The Doctor said this would put in future the requirement of food control measures in the country. Still, I had on my mind the question “Why is the government going to let this imports happen?”

Unfortunately, I did not et the opportunity to ask my question, and I had to rush later to the other conference room to get ready for my own presentation. Later I sent emails to the Doctor where I asked my question, but there was no response from him. Also not upon my repeated request.

The Doctor also said in his presentation that there would be in the future more street food in the country, and also the standards of housing would have to be reconsidered since more and more people would be migrating to the major cities in South Africa, and the housing market could not offer to everybody what would be reasonably needed by current standards.

So, all overall there would be more reason and need for food control in South Africa in future. Still, I am interested who is making the decisions about a fast changing Africa, where people in the future will have to deal with food they are not used to, food they will not like. Shouldn’t the government be there for the people?

In August 2019 I was invited to South Africa for various speaking events. This was the first time Im went to Africa in European summer, which in South Africa means winter.

When our plane approached Johannesburg, I saw the city under a cover of whitish brownish smog. “Damn, this must be a dirty city now with air pollution”, were my thoughts.

When I left the airport to walk to rental car station, I smelled the air outside and immediately knew this was from the smoke of burning biomass, grass and bushes and the like.

On my way then further to Pretoria, along the highway I saw that the strip right and left the highway was black from burnt grass. I drove and I drove and saw all along my way the sidelines black since the grass was burnt.

Eventually, due to the sheer magnitude of the black stripes, I came to the conclusion that the Africans had been burning the grass along the highways by intention.

So I told my wife that it appeared to me that the Africans were still doing what farmers had been doing in my childhood in Germany: after every winter, when the snow had melted and the long yellow old grass from last year had been growing too high, the farmers went along the fences and lit a fire.

The farmers would cut a bundle of that old winter dry long grass, put a match on it to light it, and then walk along the fence and burn the entire lines of high yellow old grass off.

I know it because I saw it and I did it by myself. I burnt on my grandfathers meadows the old grass in March. The grass was still somewhat wet, and the smoke would be fat white from the humidity and you could see the clouds far away.

This “flaming” (in local language: “vlämme”) was part of the cultivation of the land and make it ready as new meadow for the current new year. However, in the 1980s, this practice was in Germany forbidden by law. I do not know the reasons for that, but overall it was for environmental purpose, I believe.

When in the 1990s I drove through Italy in the Ligurain region, I could see in the hills along the Ocean fires which were of agricultural origin. People were obviously burning biomass for which they had no use.

So, August 2019 in South Africa was obviously the phasing out of the South African winter, and people would simply burn off the old grass from the last year.

I was wondering how and why it still seemed allowed, in South Africa, to burn biomass that way. To poison the environment. To kill the friendly good climate and foster adverse climate change.

The black rims along the highways cannot have been the work of individual misguided local farmers; because this was not farm land. It was public land. So methinks it was the road workers that have taken care of the old grass and burnt it.

Later, in the Pilanesberg Wildlife Reserve, I came across a group of workers that was preparing some concrete structure in the Savanna. It was about one dozen workers in uniforms, black people, that were building something there in the bush.

I worried about the workers because 20 minutes before we had seen a family of lions several kilometres away from that place. In that wildlife reserve, there are dangerous wild animals, not only lions but rhinos and so on which can be threatening to humans.

I was relived when I saw near the workers a Lady, a black woman in uniform who was bearing a rifle, apparently guarding the engineering operation in the bush with a weapon in order to be prepared for a potential attack by wild animals.

Then I noticed that here too the bushes were burnt. There was no grass around. But the large bushes still stood. And I saw animals, deers which were eating plants and leaves on the ground, on the black soil!

You see in the above images the Springbock and the Zebra, eating from the black soil. I do not know whether they grab food, or maybe from the burnt biomass which might contain ash with necessary minerals.

Anyway, the animal were eating there. A few hundred yards away, the green nature was in green condition, so there was no need to feed on the black remains if they were really looking for green food. There was still plenty around.

Lately, we heard about the gigantic fires in Brasil, and more recently about the wildfire catastrophe in Australia. Before that, we heard about the bad fires at the California West Coast, and I remember the huge wildfires in British Columbia in August 2018, which I had smelt a 1000 miles away when I was in the midst of Canada in Saskatchewan.

So, it seems we are having now fire over fire, and this is sometimes blamed in the news on the climate change. I would blame it on arson, or maybe poor forest management.

When I was in April standing in the boarding queue, boarding for my flight from Phoenix to San Francisco, I got into a chat with a Lady from Oregon. She told me much of the forest fires at the west coast are a result of poor forest management, based on ideology and environmentalism.

There are frequently recurring forest fires in Yosemite Valley in California. Methinks the government and forestry management is not caring too much over this. The fires are part of nature. They just make sure not too. much of it is burnt away.

I was struck however this week, in January 2020, over a TV news report in Germany where an Australian voice said that many of the horrific fires could have been prevented if the old ways of management as practiced by Aborigines, practiced for 10s of thousands of years, had been applied.

But the fear for the carbon dioxide, the Klimagift, from unnecessary biomass burning, made the governments pass legislation which makes it illegal to make a fire in your garden today.

Police will come even in very remote areas in Germany and fine you if you make a fire on your meadow from scrap wood and cut grass. But this is the way to get rid of the combustible, the fuel from the forests.

To th least, this is an easy and economic procedure which helps to “discharge” the fuel which naturally piles up in nature. Maybe we should reconsider some past policies in environmental protection and preservation from the last 40 years in Germany.

Posted on September 3, 2018 in Allgemein

We are living in wild times. Keep your home clean.

It has been said that when fascism will once come again, it will not say:

Instead, certainly, fascism will come and say “I am the anti-fascism“.

If you look carefully around, you will notice that time has come. 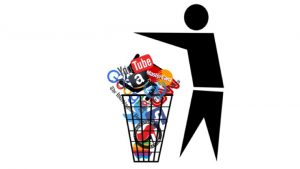 Trash fascism. Don’t be fooled by its smiley and colourful outside.

Keep your house clean. Send fascism to the trash bin. 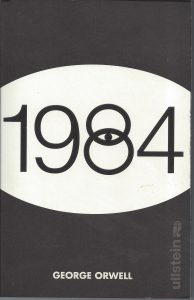 “Of course we’ll have fascism in this country – under the guise of anti-fascism.”

George Orwell’s book “1984” is not fiction and was never meant to be fiction. Rather, is the projection of future society based on a civilisatory trajectory observed by an expert, that Orwell was. 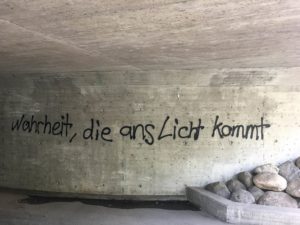 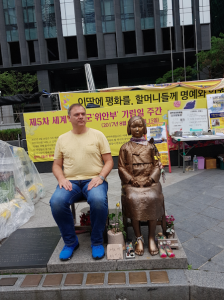 Comfort Woman doll in front of the Embassy of Japan, Seoul, Korea.